It’s time for our next 14-day moving average determinations for SARS-CoV-2 for the United States and my thoughts on vaccines and mutant viruses. We use the WORLDOMETERS aggregators data set to make any projections since it includes data from the Department of Veterans Affairs, the U.S. Military, federal prisons and the Navajo Nation. 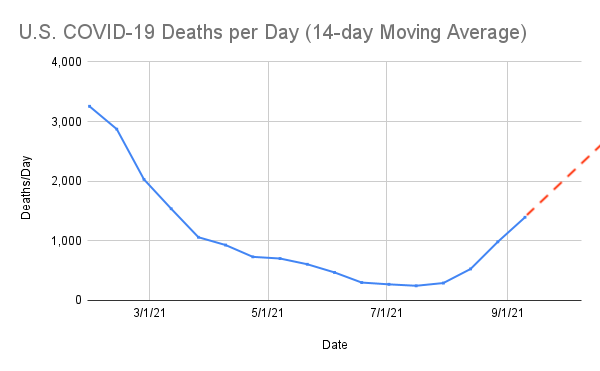 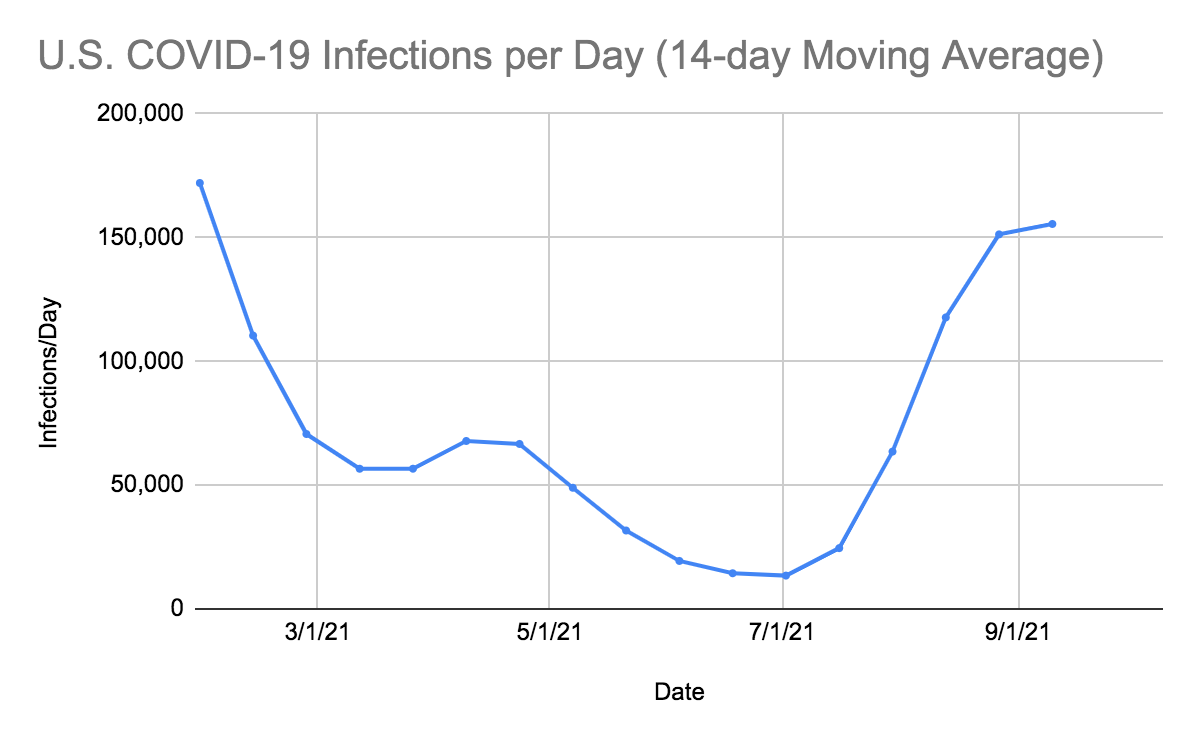 In the United States, SARS-CoV-2 deaths have increased for the fourth time in fifteen 14-day periods. There were 412 more deaths per day than in the last 14-day period. In the last 14 days, the number of infections has increased by 4,204 infections per day compared to the preceding 14-day period.  Our infections per day are continuing to rise again over the last 10 weeks, secondary to SARS-CoV-2 mutant Delta/B.1.617.2 and other variants like Mu/B.1.621. The opening of schools, places of worship, bars, restaurants, indoor dining and travel all will contribute to further spread of SARS-CoV-2 mutants, like the Delta, Delta plus, Lambda and the Colombian variant Mu/B.1.621 with continued rising numbers of infections, hospitalizations and deaths. Increased vaccinations, increased mask usage and social distancing, which are a part of the Biden SARS-CoV-2 plan will be necessary to stop the spread of mutants and cause reductions in infections, hospitalizations and deaths. On 8/27/21, the United States had 171,125 new infections with one state failing to report (Iowa). There were also 1,761 deaths (with seven other states failing to report deaths). Florida is a persistent reporting failure of daily infections and, particularly, deaths. The number of hospitalized patients is again increasing and 25,749 patients are seriously or critically ill, that number was 24,809 two weeks ago. The number of critically ill patients has increased by 949 in the last 14 days, while at least 19,526 new deaths occurred. The number of critically ill patients is increasing for the fifth time in five 14-day periods and an increasingly large number of patients are still dying each day (average 1,395/day).

The Threat of SARS-CoV-2 Variants

In response to the need for “easy-to-pronounce and non-stigmatising labels,” at the end of May, the World Health Organization assigned a letter from the Greek alphabet to each SARS-CoV-2 variant. GISAID, Nextstrain, and Pango will continue to use the previously established nomenclature. For our purposes, we’ll be referring to each variant by both its Greek alphabet letter and the Pango nomenclature.

The WHO categorizes the following four variants as Variants of Concern (VOC):

The criteria for Variants of Interest (VOI) are as follows:

The WHO categorizes the following six variants as Variants of Interest (VOI): 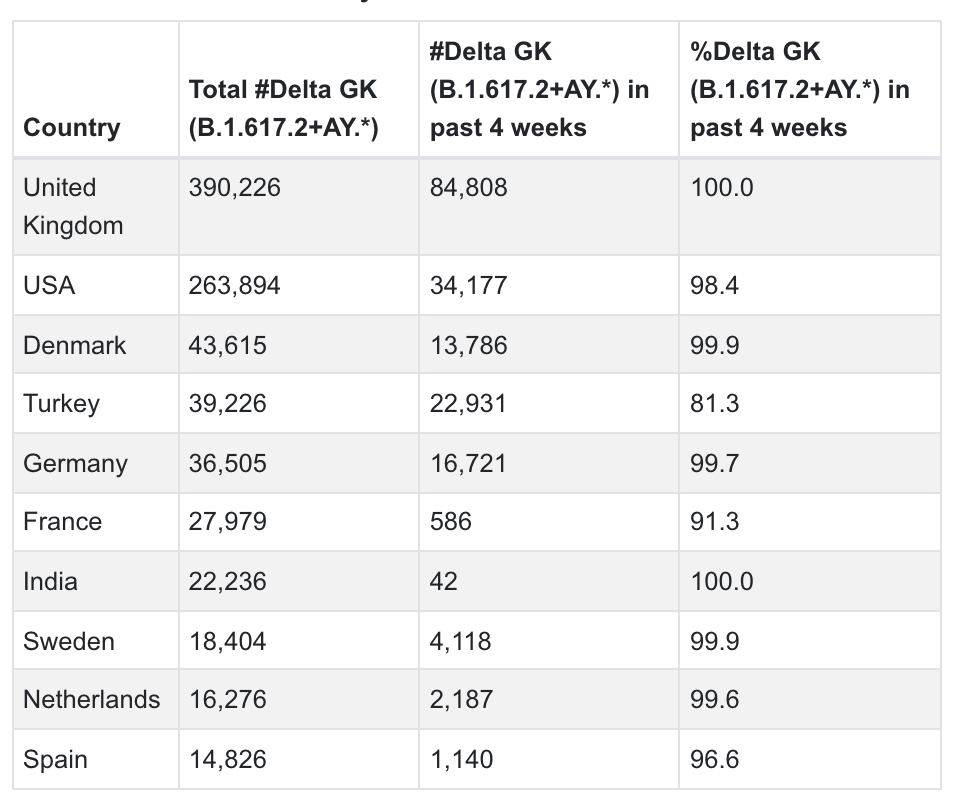 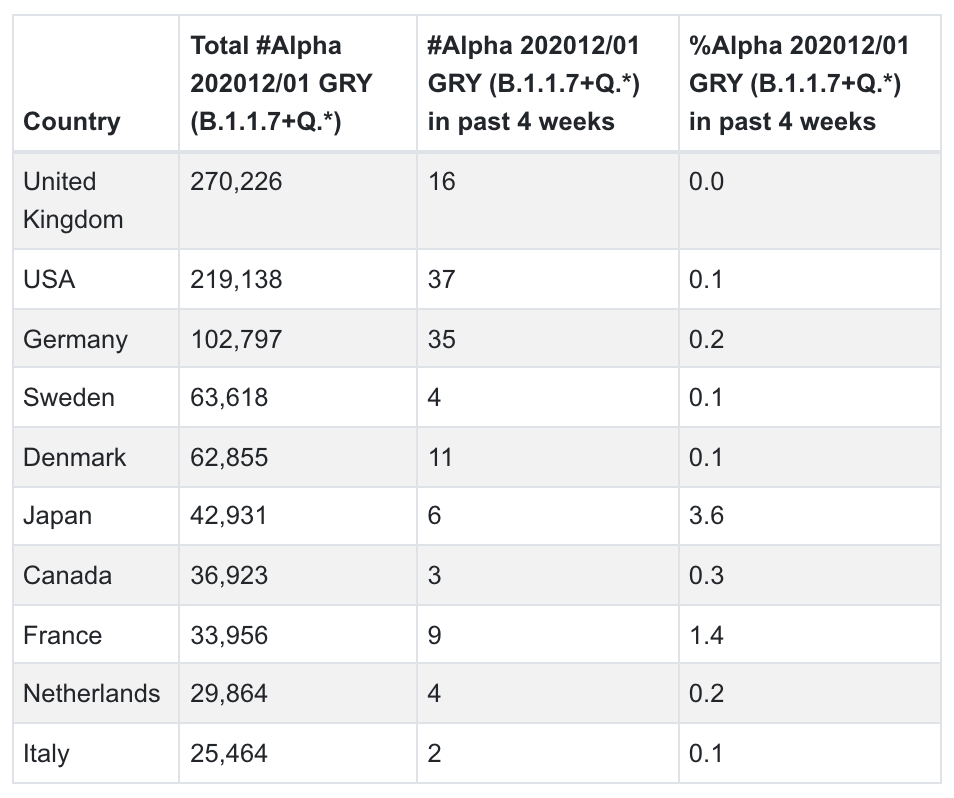 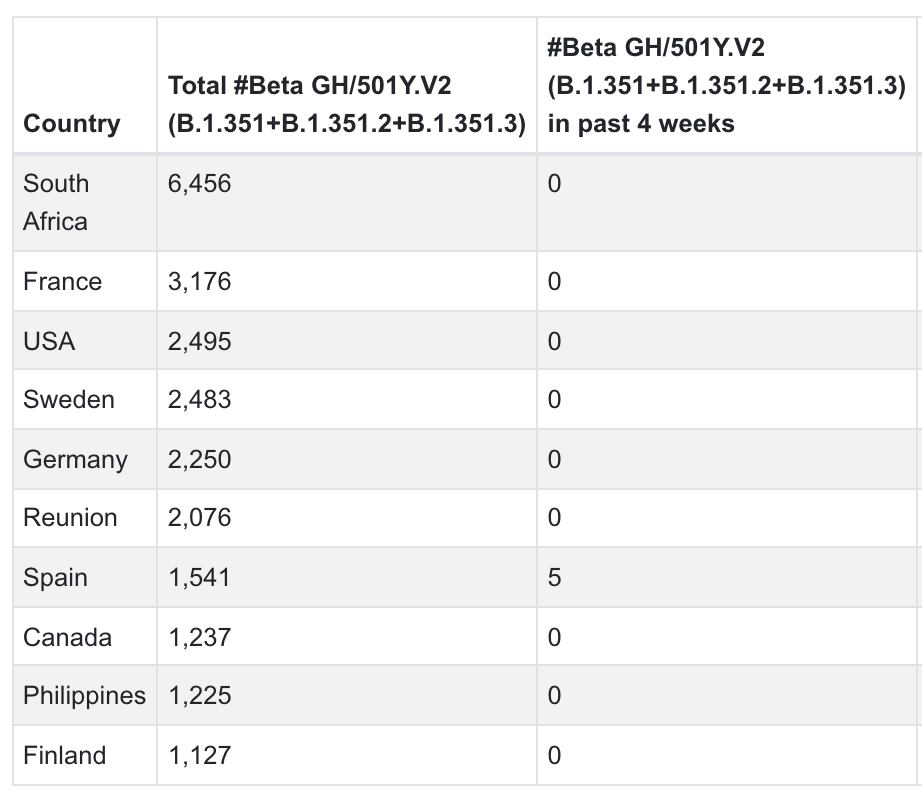 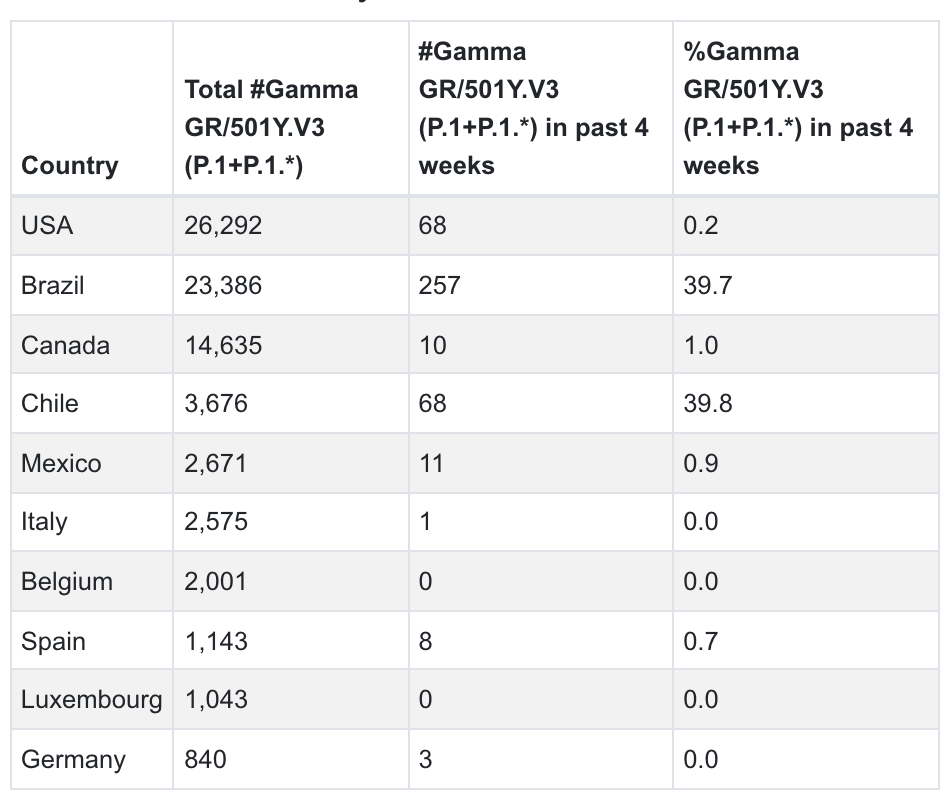 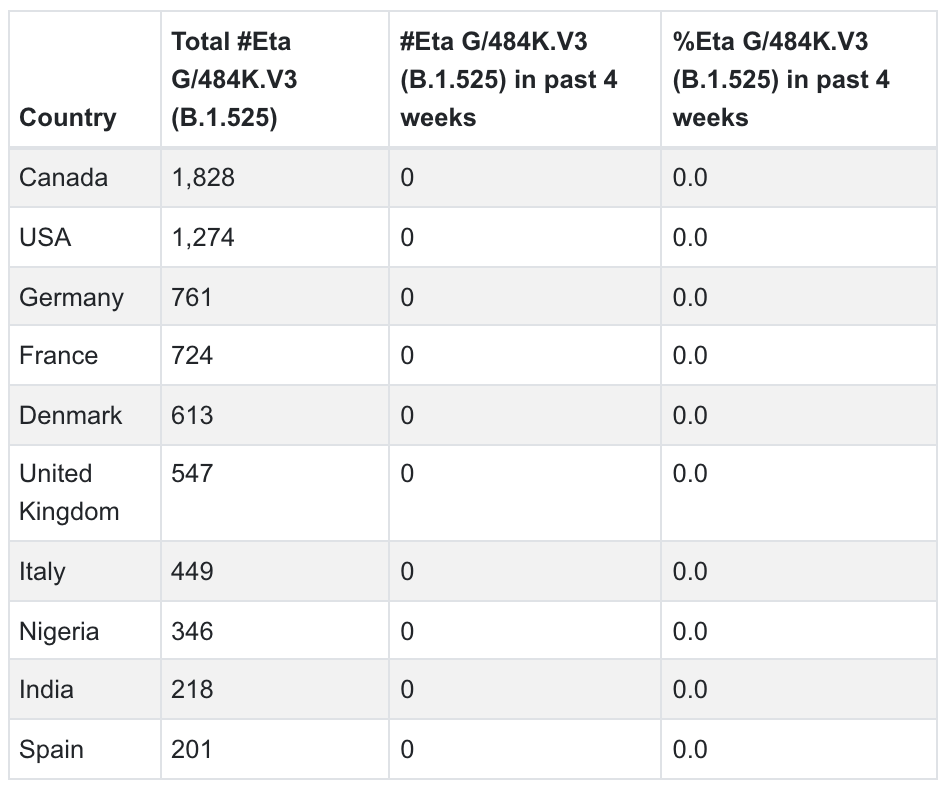 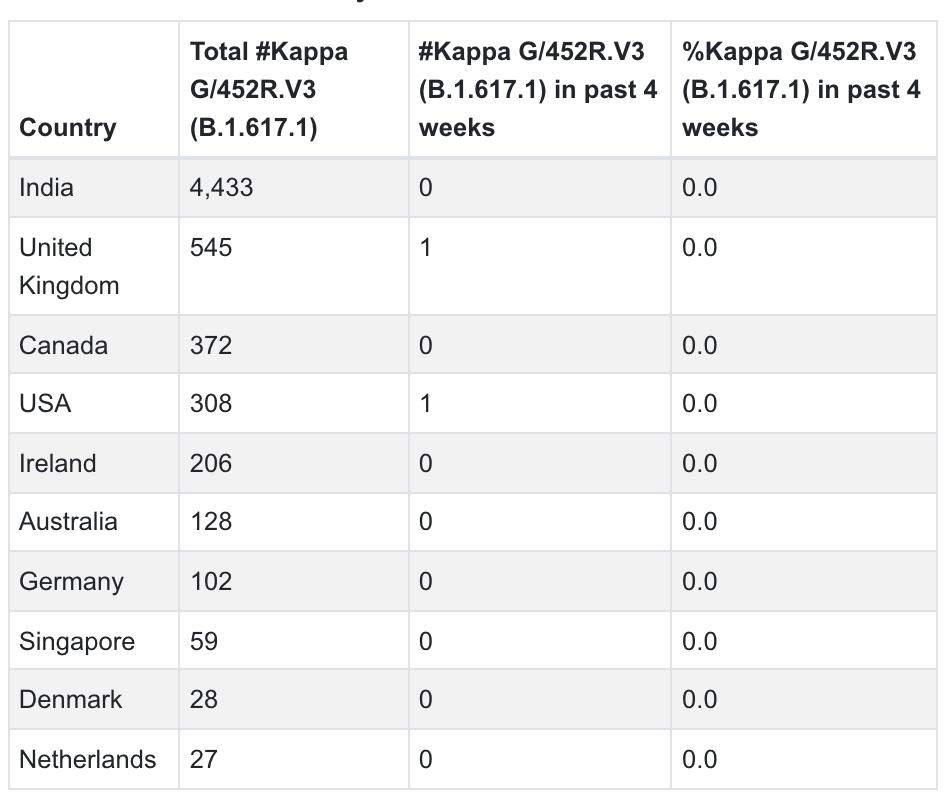 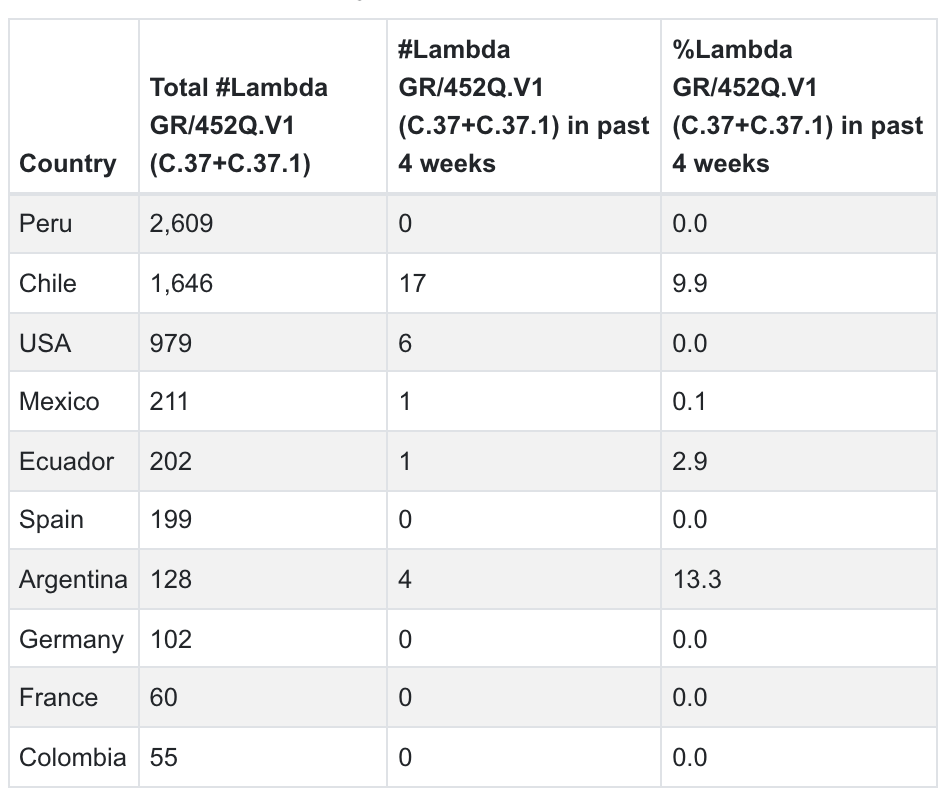 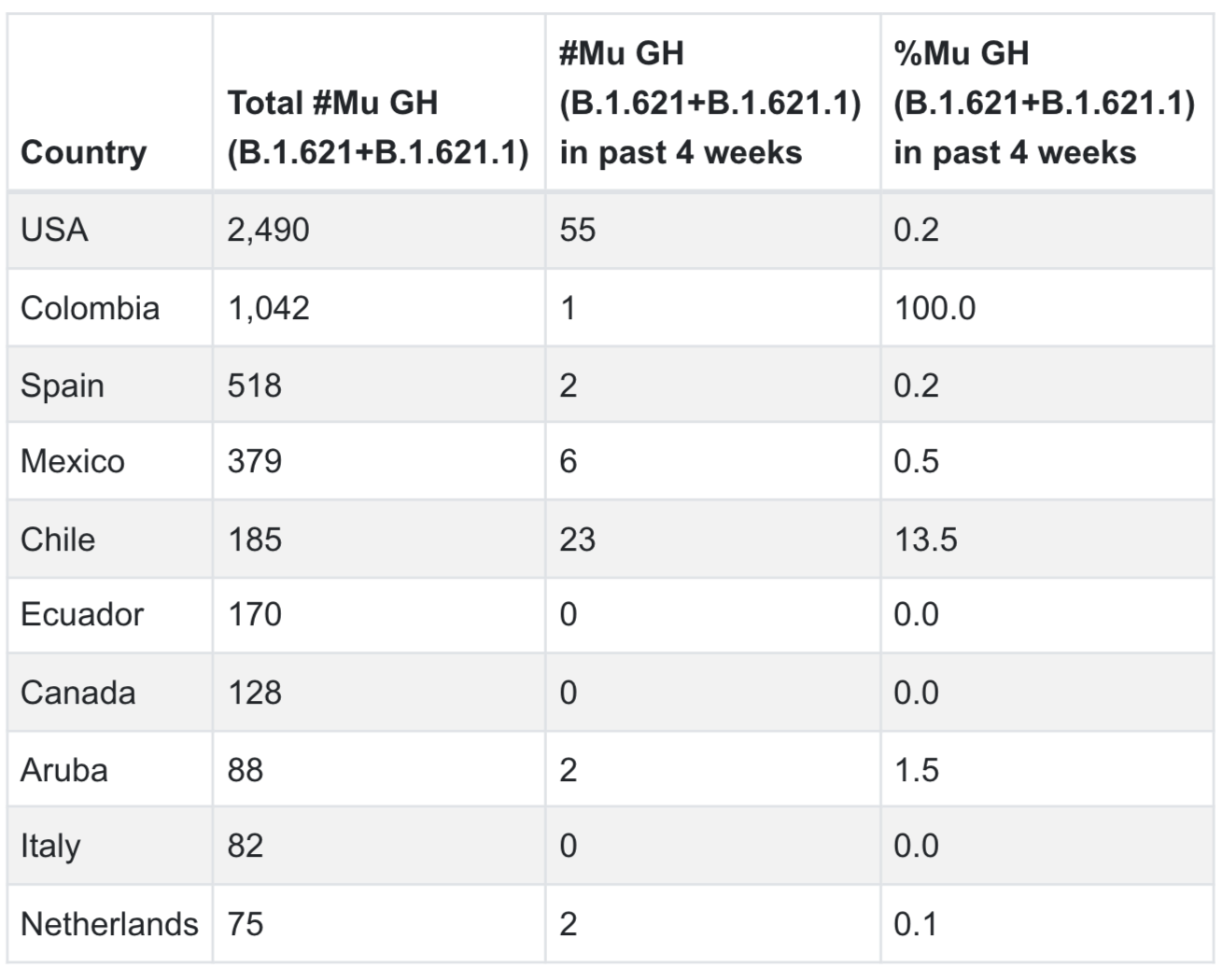 Over the next few months, we’ll be paying close attention to correlations between the SARS-CoV-2 data, the number of isolates identified in various countries and states, and the non-pharmaceutical interventions (like mask mandates and lockdowns) put in place by state and national governments. Data on infections, deaths, and percent of population infected was compiled from Worldometers. Data for this table for SARS-CoV-2 Isolates Currently Known in Location was compiled from GISAID and the CDC. It’s worth noting that GISAID provided more data than the CDC.

What Our Team Is Reading This Week